Looking to next year for what maybe a jolly-boys trip to the Czech Invader Rally or what might end up a Billy No-Mates trip. 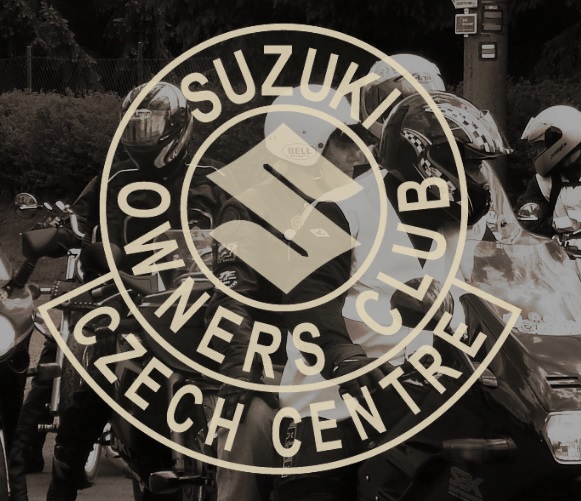 I have been to five previous Czech Invaders but only once when I rode there completely alone. I did that in 1992 on my DR800SL. It's not something I would do again. Not in one hit. When I arrived I could hardly get off the bike I was so stiff for sitting in one place for hour upon hour. Those were all held at the same "rally-inn" in Chudčice near Brno.
The last one I did was way back in 2004 with Claire as pillion. The BMW GS wasn't well received - not being a Suzuki!
BMW at Rally.
There is no way I'll be on the Kettle. At 37mpg it will cost a kidney to ride the 1700 mile round trip. So Pepé will need to be the bike of choice. If only I had cruise control as well to help with the saving of fuel.
If I am to go over as a solo traveller I will stay in Youth Hostels. After all I will be an old age pensioner by then. We did that way back in 1992, 93 and 1994!
Maybe other former SOC members will sign up too from our "Old SOC" group on Facebook.
When my brother and I went to Brno for the MotoGP in 2016 we had two stops on the way across Germany.
On that trip we took the southern route via Nurnberg.
To fit in a couple of overnight stops that won't break the bank I have already begin to look at routes, either A3 or the A4 autobahn.  Either way, I have booked a YH in Hagen just to the south of Dortmund.
The second stop is as near to the German/Czech border without spending serious money on a room! I would have liked another YH. But the Bavarian YHA still limit stays to under 26's!  At 66 I will be a little too old.
I search on booking.com and found a small gasthof in Königstein in der Oberpfalz. It's a little detour off the A3 to the north-east of Nuremberg. It look good, gets good reviews and has a restaurant/bar on site. Food, beer and bed all in one place.
All this is based on the rally being once again held in Vernířovice and not in Chudčice. The route for last leg of the journey from Königstein can be changed. The overnights are important.
It's almost a year away in any case.
Here's some photos of the 1992 Invader as mentioned above! http://walk77.com/7invader_rally_suzuki_owners_club_czech_centre_-.html