Today's run was in an attempt to see the first three waypoints on the list.

One at Littlestone I had glimpsed but had nowhere to park the bike. The second at Greatstone and the third in the churchyard in New Romney.

Once again using the Traces of War website for inspiration.

I bypassed the Redoubt at Dymchurch again. Nowhere safe to park as the gravel off-road parking was full of cars. A portent of things to come.  It's a hot day and there are beaches all along our coast line.....

First stop in Dymchurch itself at St Peter and St Paul Church. I parked outside and took a photo. The road after the church is "private". I made sure I didn't tresspass! 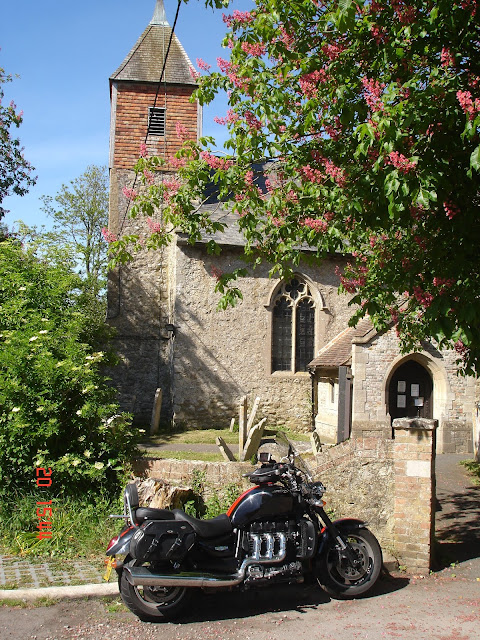 Before entering the churchyard to the right on the entrance.  In the end I walked around all the yard until I found a solitary CWGC grave obscured by bushes. 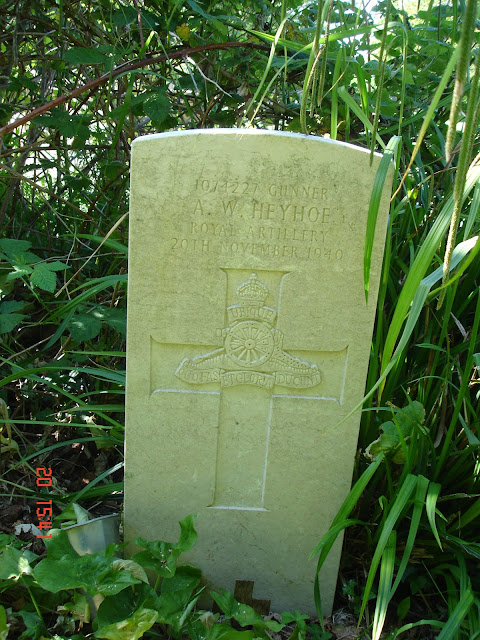 It looks as though it in maintained pretty well.

I took another of the war memorial outside the church in a little triangle of land bordering the main A259 coast road. 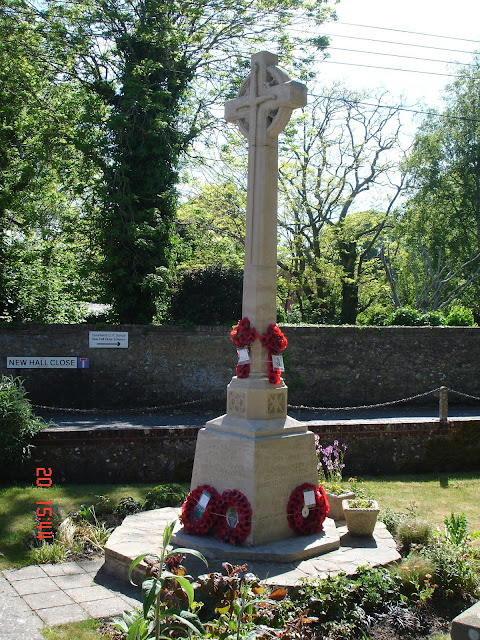 I mounted up and continued through heaving Dymchurch to my next stop to see the Phoenix Caisson at Littlestone.

When I say heaving, Dymchurch has a huge sandy beach. When the tide is out in the Bay the water can be half a mile from the land.  Plenty of space for the thousands of visitors who had filled all the car-parks and who were not socially distancing around the cafe and chip shops. As I waited for the green light at the pedestrian crossing I could smell chips and vinegar in the air.

At least Folkestone & Hythe District Council will be pocketing £1.60 an hour from all those cars.....  :)

At Littlestone I found a small gap big enough to back into and walked across the road and the grass to the low sea wall.  Finding a place where I could see the caisson clearly without overlooking some  sun worshipper using it as a lean-to was difficult.

The caisson is about 150 yards off the land and beached. literally.  At full low tide the sand goes much further out.  I needed a better camera with me to get a decent photo though. Today there was a foot of so of water surrounding it.

Next stop New Romney. Greatstone was a no-go.  The picture on Traces of War shows the monument and flag at the back of a car-park.  The car park was full to heaving and I could see where it was. I'll give this one up until later in the year when the tourists have effed off home.

It was hot and even in my Joe Rocket mesh jacket it was too hot.  Church Road New Romney is a long road and "no entry" from Station Road that leads from Littlestone passed the RHDR station to the A259.

I went along the high street and in at the far end. The church appears on the right. Parked I took a long walk around the very large burial ground.  Once again I came up empty. I couldn't find the CWGC graves(s).  It was hot and walking about I seemed to have attracted the (unwanted) attention of a local.  Watching me from the pavement bordering the site.

In the end I took a few pics and left. 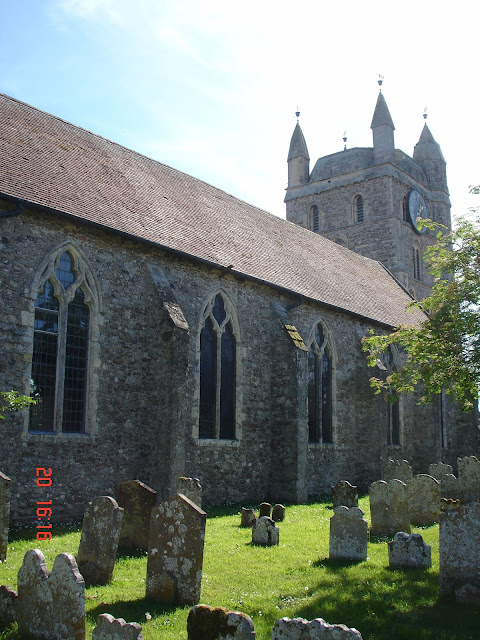 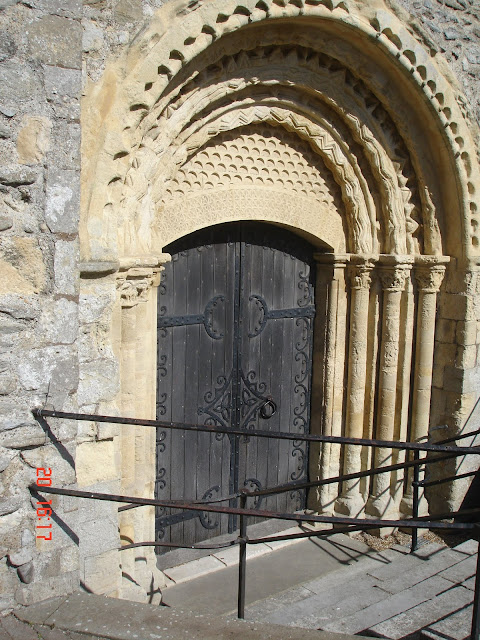 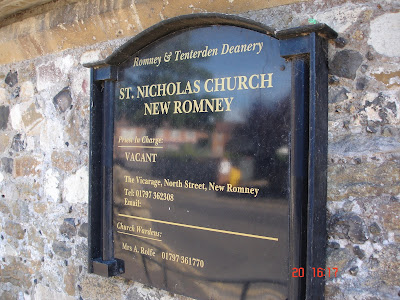 Today was only just over 20 miles but with all the walking about churchyards I was out for well over an hour.

I'll check out the CWGC site and see if they have any idea where the burials sites I missed actually are!

InvictaMoto
Riding since 1973 when I had a Vespa SS180. I currently own a 2015 Triumph Rocket III Roadster. Since 1984 I have owned and ridden a 1977 Suzuki GT750A. To my shame I have left it to rust a bit in the back of the garage and it's not been started for in excess of 6 years. Hopefully, that will be sorted this year. Over the years I have owned bikes across the spectrum from grand tourers to race reps to dual sport/adventure to cruisers. Married to Claire and we have a patador dog called Reggie.